As a researcher, inquiries about previously published research probably evoke two feelings: panic-filled regret or calm authority. Often the difference is time; it’s easier to talk about the project you worked on last week than last decade. Talking about old protocols or software is a lot like someone critically examining the finger painting you did as a child. You know it’s not perfect and you would do several things differently in hindsight, but it is the method in the public record. The rate of change seems faster with software development, where new technologies redefine best practices and standards at dizzying rates.

Perhaps the most challenging problem is when researchers outside of your institution fail to reproduce results. How can you troubleshoot the software on every system or determine what missing piece is required to get things working? What was that magic bash command you wrote 5 years ago?

I recently had a similar problem where the published protocol was missing details necessary to reproduce our results. The culprit was a lab resource that was used for years without fully documenting how it was created. What we needed was a way to capture all the specifics of the entire workflow to simplify distribution and create a gold standard to point at and say “It works here!”

When preparing your work for distribution, there are a few questions to answer before you get started with picking a solution:

Codeocean as a platform for reproducible research

Based on the above concerns, I decided to release a new version of the software including the exact workflow to replicate the published results. Since this was also the first public release of the lab resource, we would need to host the results so others could easily download it without running 100 hours of computation themselves. To host a reproducible workflow with attached data, I decided to use Codeocean.

Codeocean is attempting to address the “Reproducibility Crisis” in science by providing “capsules” containing code, data, and published results. If you run a published capsule you should get the same result. This simplifies distribution for a researcher as storage and computation are provided externally.

Specifically, Codeocean runs in an AWS virtual private cloud. Dependencies and the environment are specified by a docker file, which is generated through a polished GUI. The capsule is tightly bound to a simplified git model and source code can be edited through a browser window. The core of distribution is the “reproducible run” which requires headless (non-interactive) execution to produce all results without network connections. 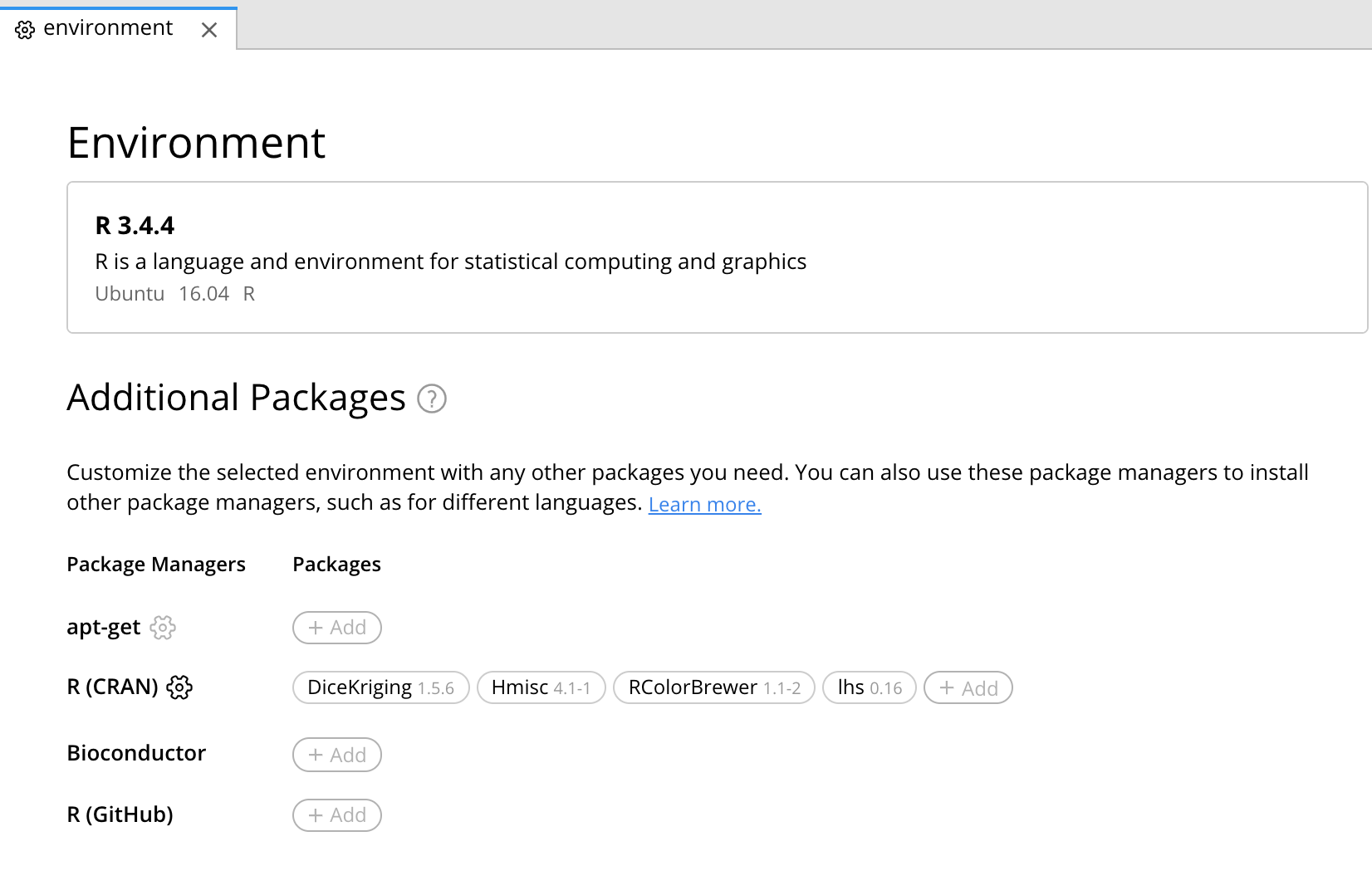 Projects in Codeocean are called “capsules” and consist primarily of four directories:

Codeocean is a great option for hosting and reproducing small to medium projects or subsets of larger analyses. The default resources are quite modest, 10 hrs/week of compute time and 20 GB of storage. If your capsule takes 100 hours to complete, it will be hard for a general researcher to run it on Codeocean.

One option would be to use a representative set of parameters or samples to demonstrate how the results could be produced. Interested parties could then export the capsule and run it locally.

Another interesting use case is setting up a compute environment for a domain-specific course or lab. With fully specified dependencies and data in place, students could easily follow along with how to perform an analysis.

Moving from Git to Codeocean

1) Create a new capsule, cloning from the existing repo.
2) Specify the environment. You will likely have to add new dependencies as you attempt to run the analysis.
3) Move all code, including the README to the code directory
4) Split your workflow into download/network steps and headless analysis. If your analysis expects user interaction, you will need to add a command-line interface to accommodate headless execution.
5) Modify the paths to use the data and results directories.
6) If needed, run the script to download data in an interactive terminal. Note that if a process uses less than 2% of the CPU for an hour it will be terminated. Downloads from slow connections may have to be run locally and uploaded separately.
7) Commit all changes. It’s a good habit to commit before each reproducible run so commits stay small.
8) Perform a reproducible run. If you run into problems, modify your code, commit, and run again.
9) Once you have your results, you can submit the capsule for publication
– Make sure metadata is complete
– A reproducible run must be performed after the latest commit
– Your README must be present in the code folder
– Capsule has a descriptive title someone could find and understand while browsing

A published capsule will receive a DOI and be publicly available. Anyone can find and download your data, code, and results. Be mindful of sensitive datasets! Published capsules are static and cannot be modified. To make a change, you can amend and publish a subsequent version.

I found working in Codeocean to be a pleasant experience. Reproducing computational results is a challenge and Codeocean adds features that make this task approachable to a domain scientist. If you are comfortable with github, you can use Codeocean.

By forcing you to set up a compute environment from scratch, dependencies are easy to identify immediately. The environment GUI is much easier than writing a docker file while the optional post-install script provides full flexibility. Though the git model is simplified, you are constantly reminded there are uncommitted changes that gently nudge you to make smaller commits. Overall the platform promotes computational best practices without complicating your work. Hopefully, it will become a more common prerequisite to publishing new analyses!

This site uses Akismet to reduce spam. Learn how your comment data is processed.